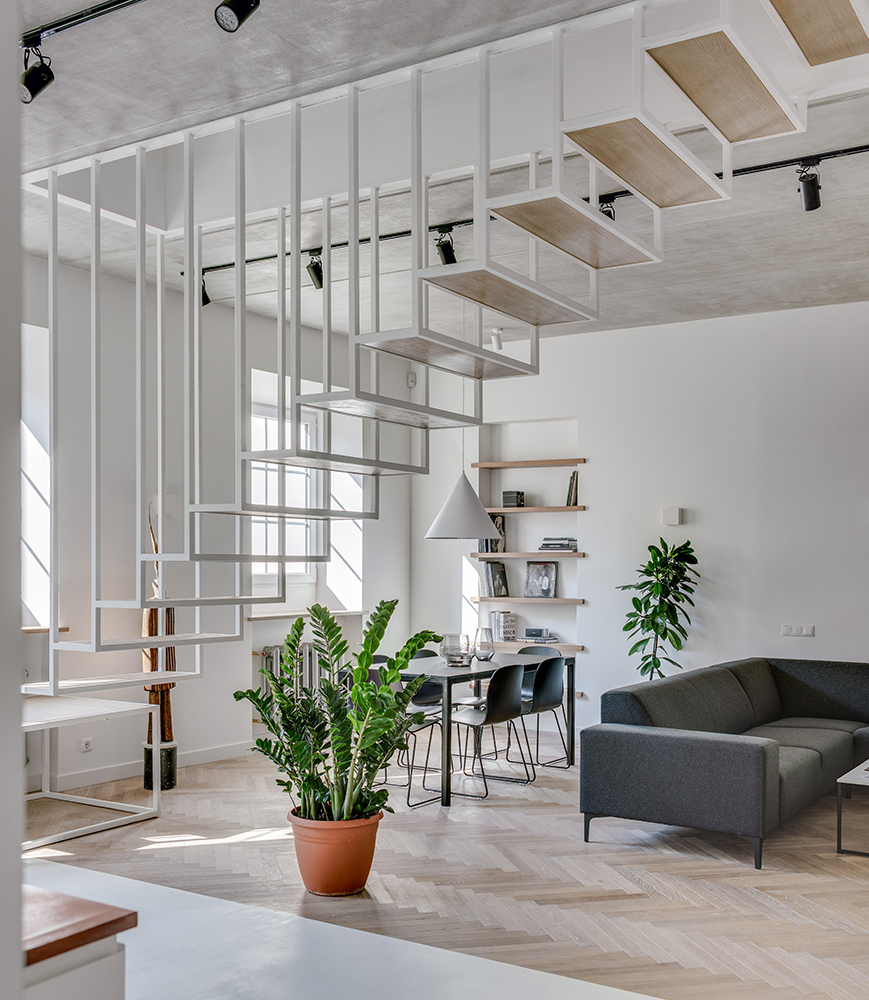 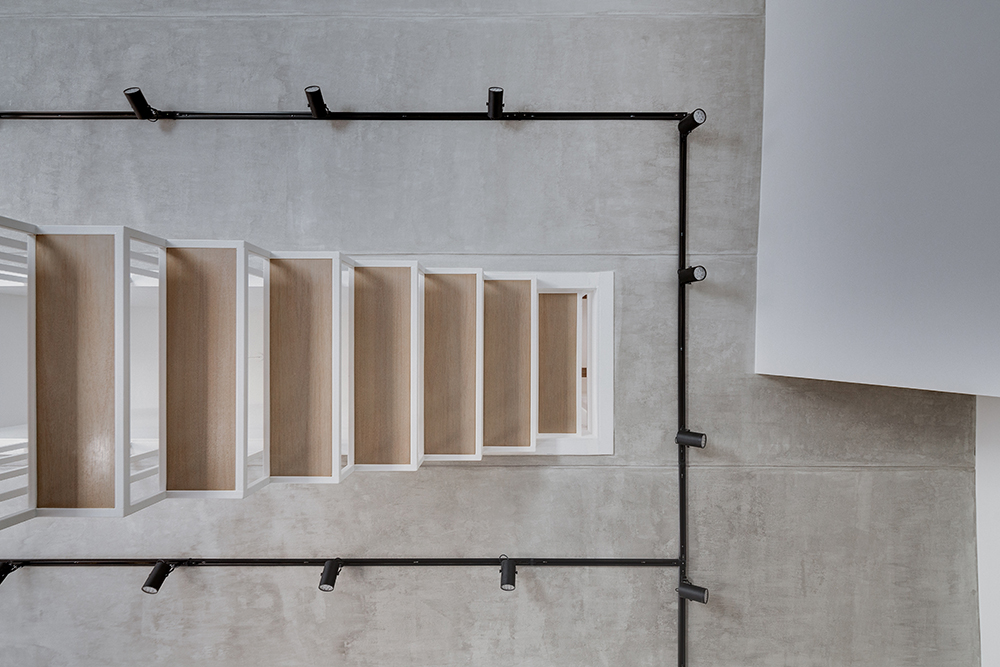 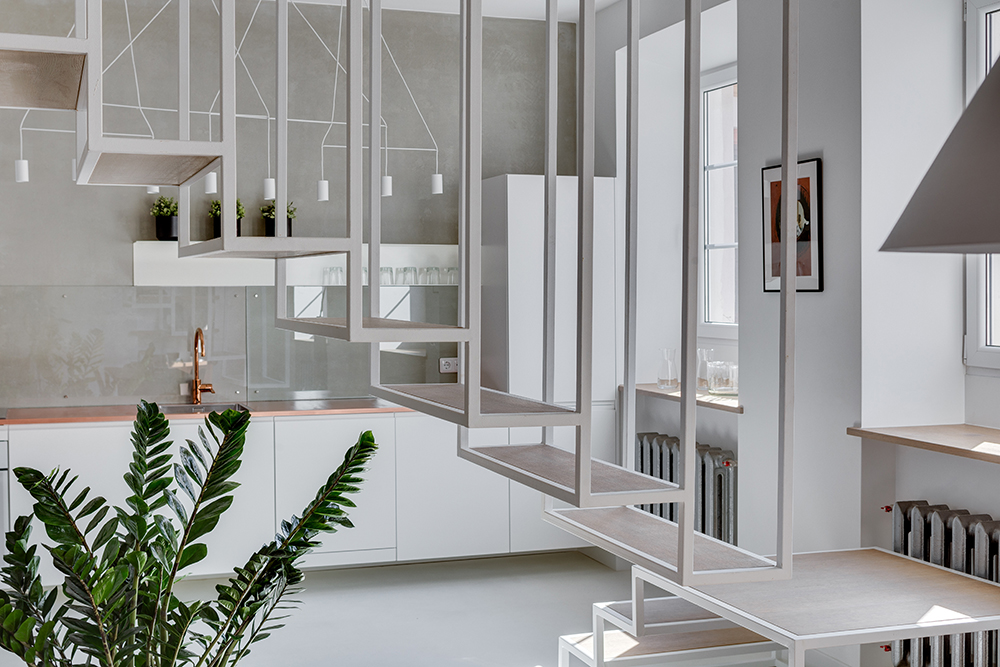 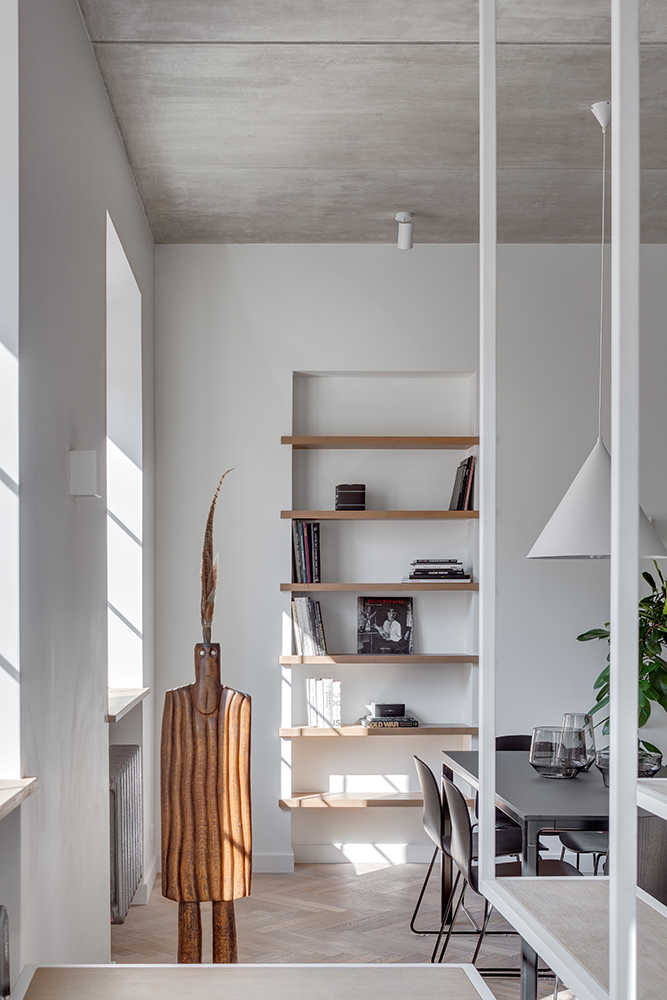 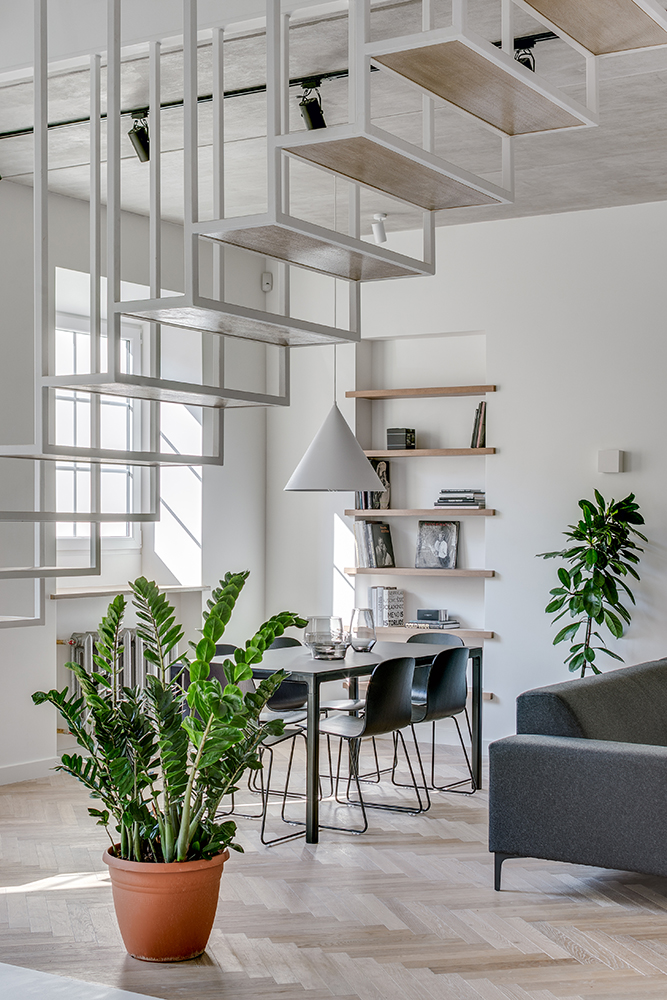 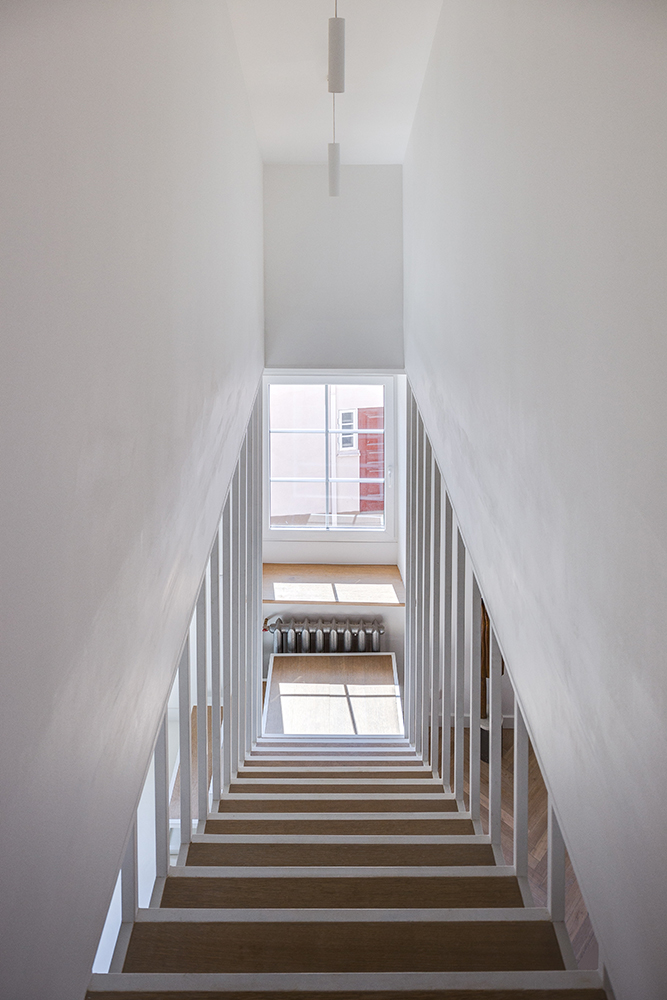 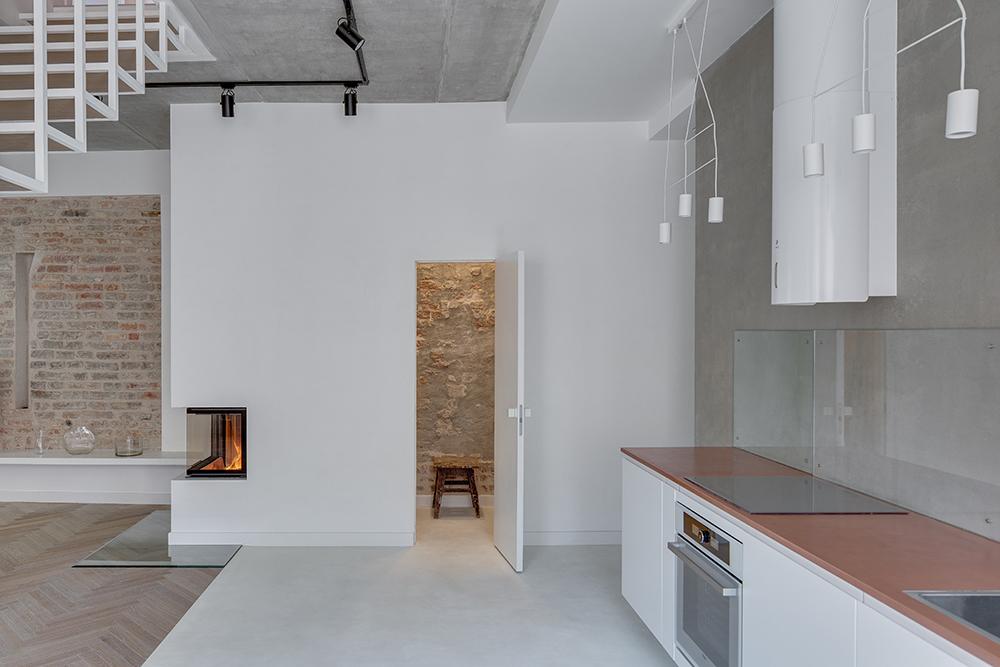 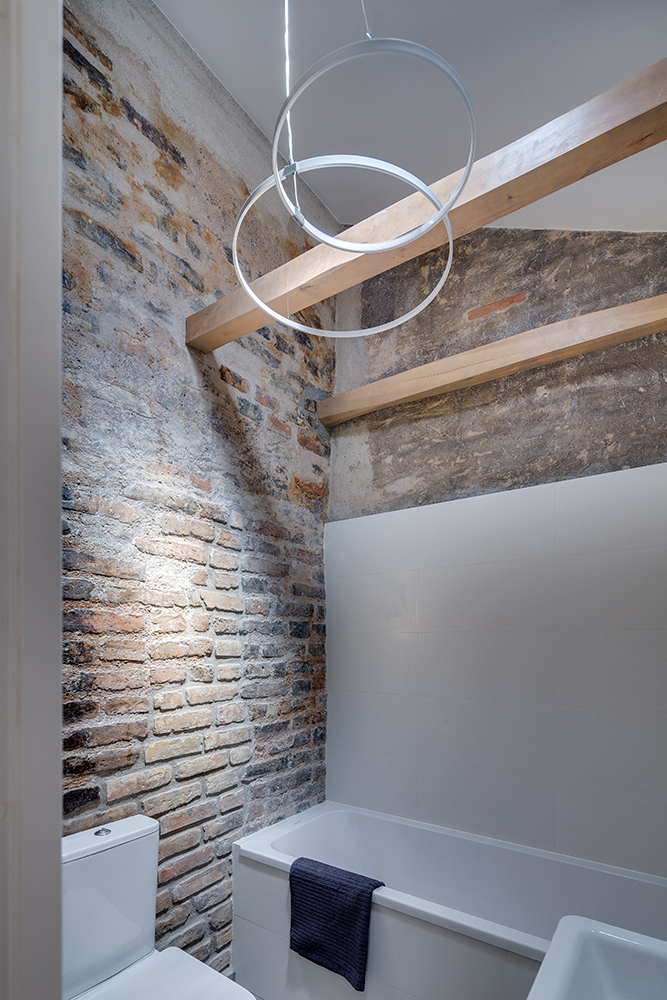 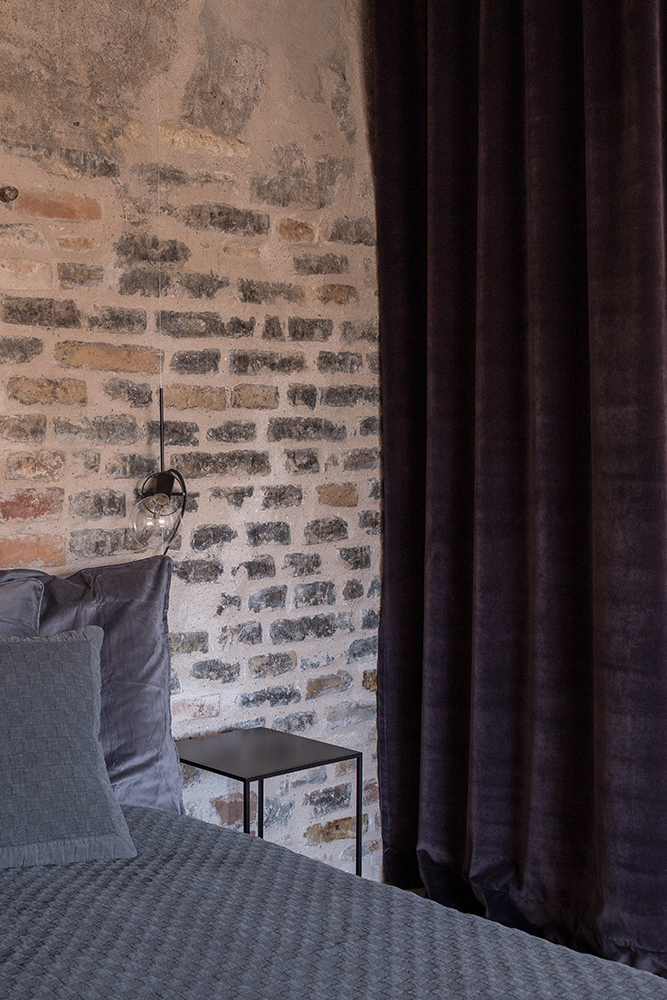 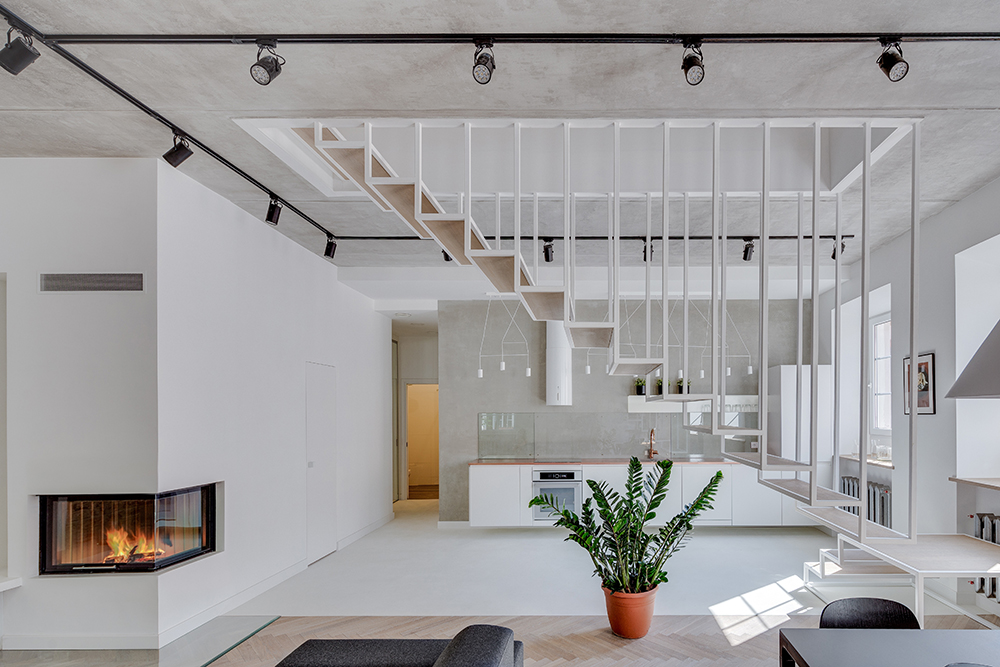 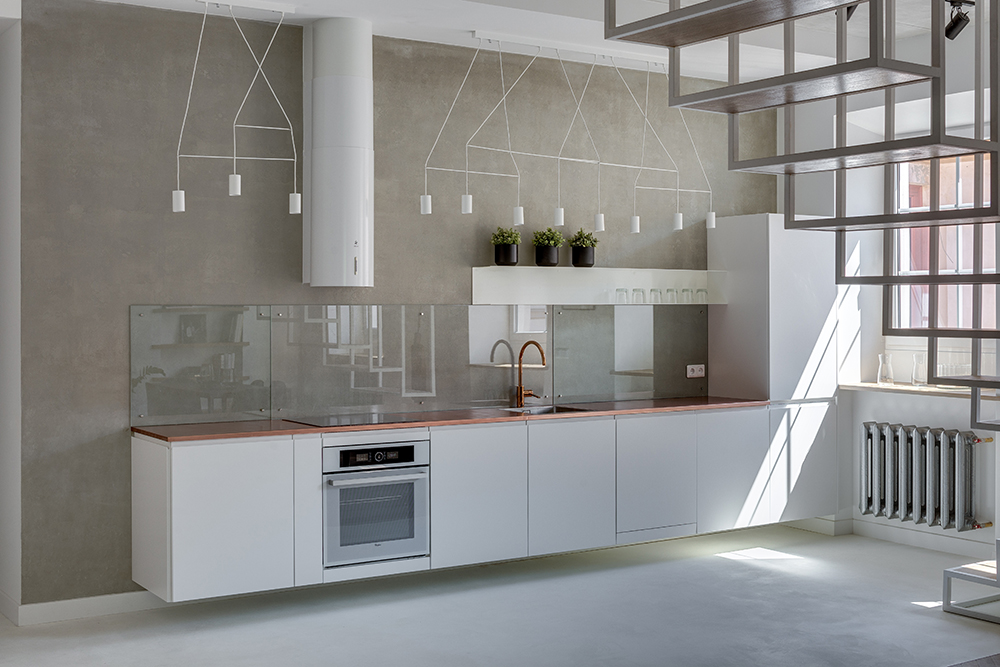 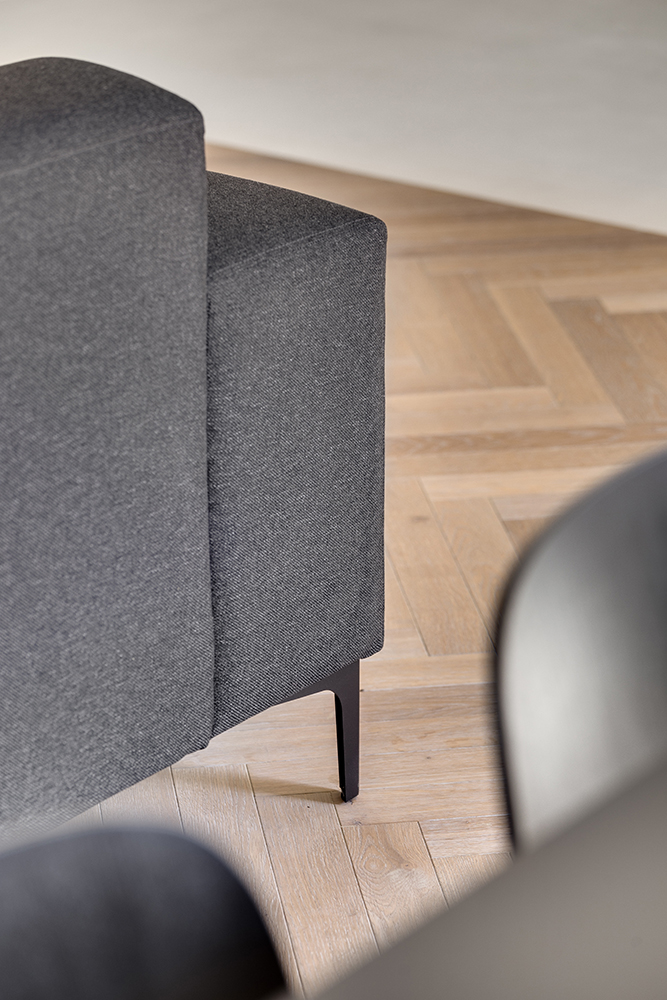 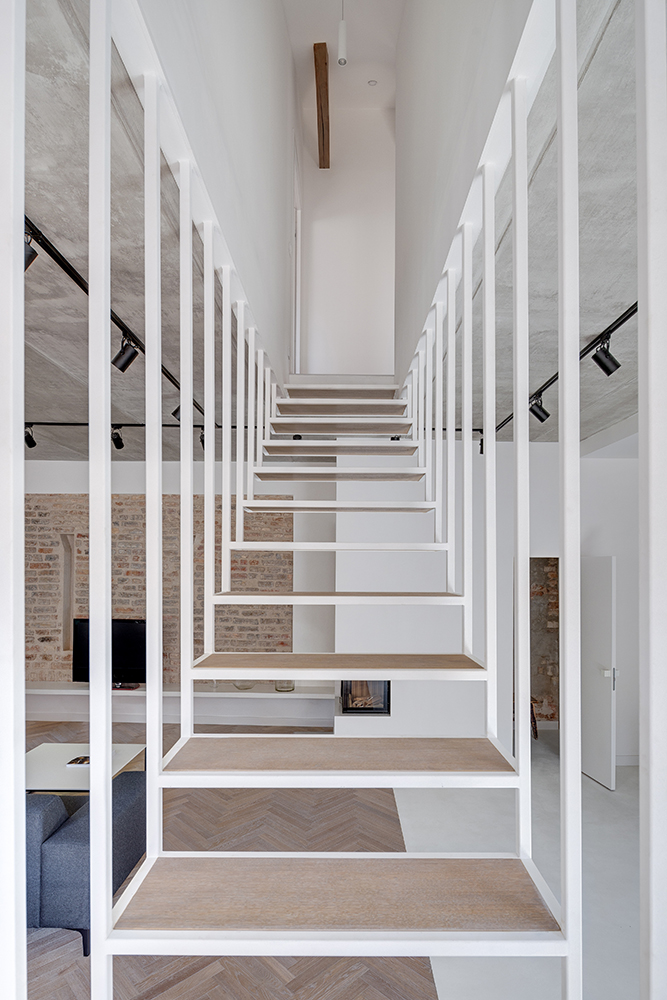 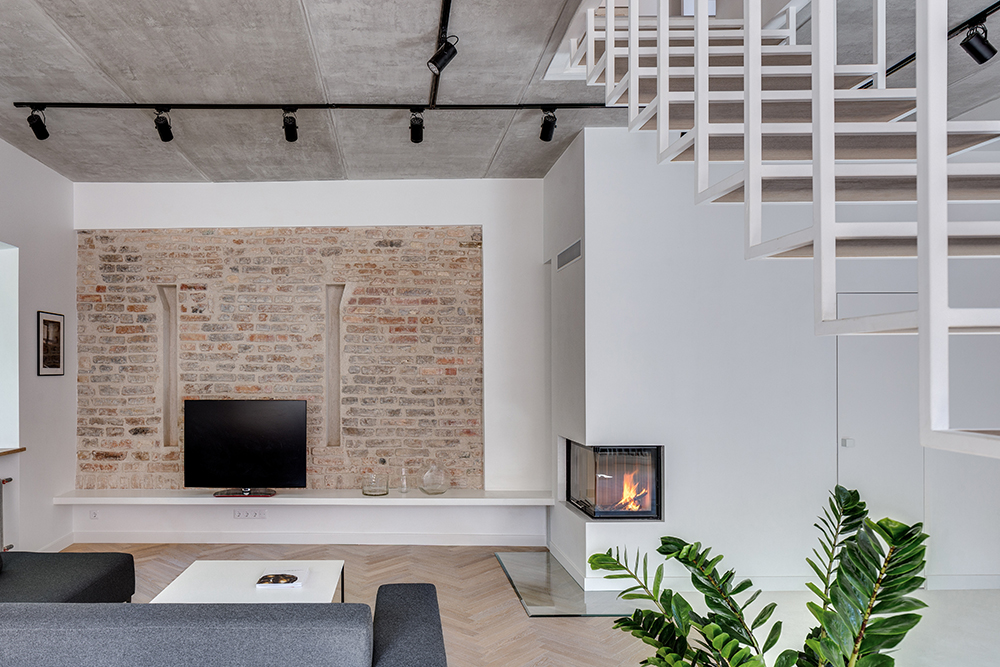 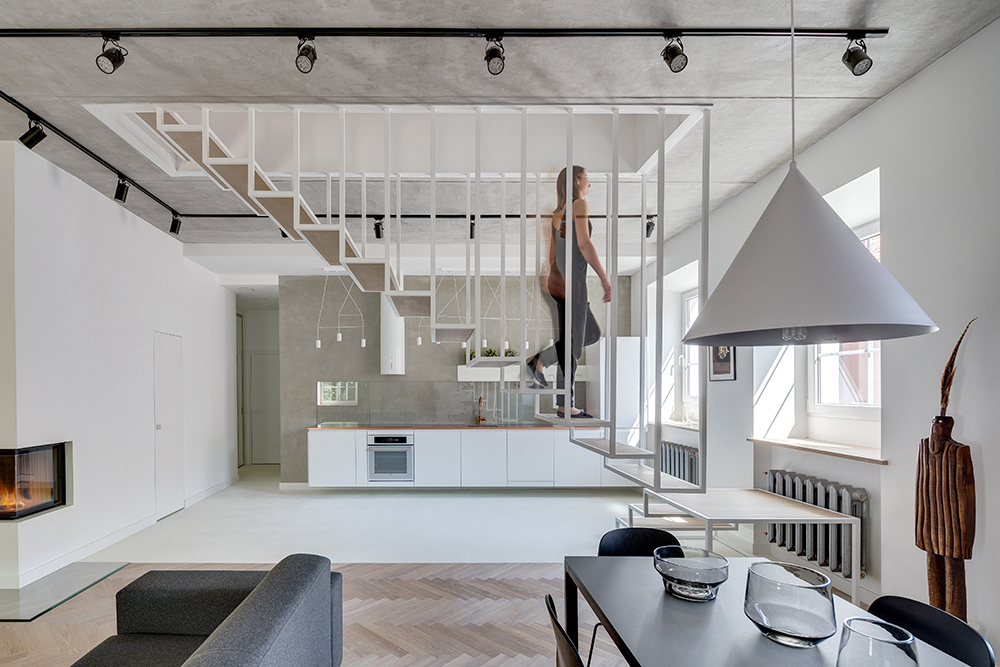 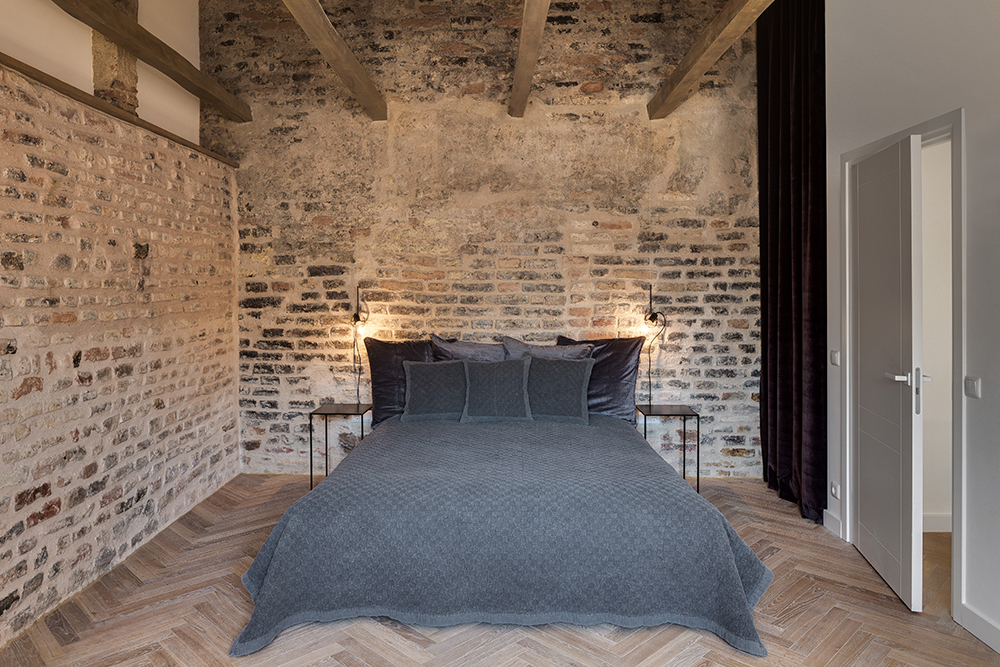 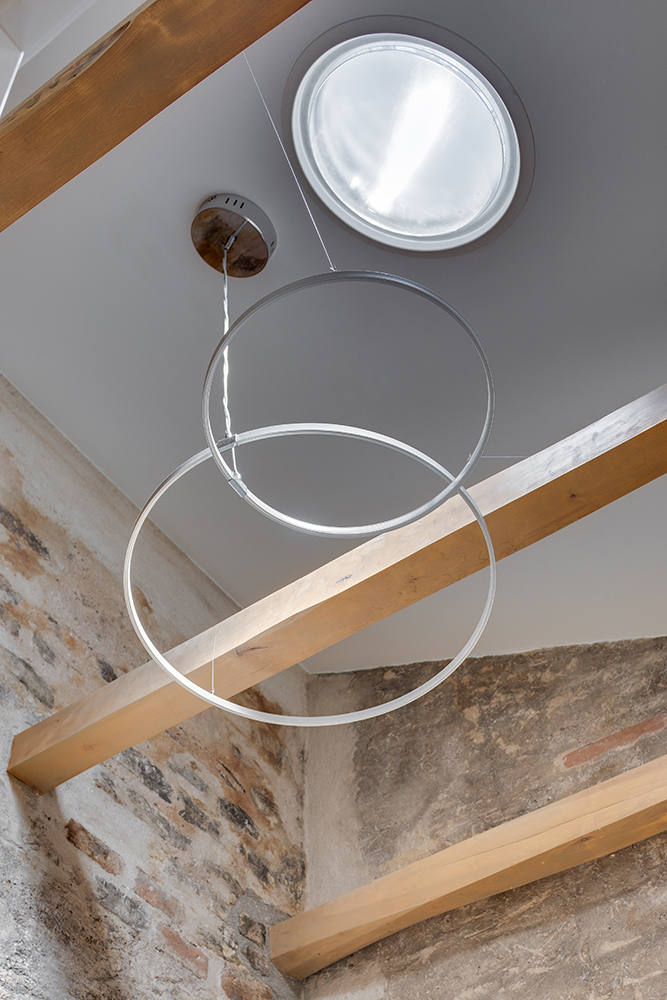 Interior as an oldtown’s gallery

The interior of an old building situated in Stiklių street is modern and minimal.

The street name, which name came after glass merchants and glass manufactures, reflects in the interior as well.

One can see lots of transparency and lightness: a kitchen uplift from the floor,
hanging stairs with a see-through railing, a natural light well in the bathroom, light furniture, glass details, reflecting light and views seen through the windows, because the view is not being blocked by curtains. The planes of the space are bright, minimal, but the transparency is not only in materials and forms. The design of the apartment is transparent to the history.

Glass details in the interior reflect, combine with other natural materials: concrete, wood, iron, old bricks. Colour range is achromatic (black / white), however both wood and iron (copper) gets a reddish colour, found in the old bricks, when we opened the walls.

The house was built in stages, throughout different centuries and epoques, the beginning being dated back to 1500s. Researches found gothic style cellars, renaissance type masonry, one housing is from classicism. There have been a tailor’s workshop, shops, a brewery, inns in the building. In XVIII century it belonged to the Basilian Monastery.